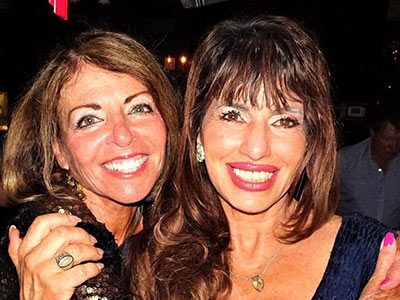 Bonnie, on the right, with her friend Linda before surgery in 2019. Photo courtesy of Bonnie L with permission for use.
Posted on August 31, 2019 by Blog Author — No Comments

Having a brain tumor would devastate most people. But Bonnie L. says it’s actually been something of a gift. “I was a workaholic,” she says. “It was a gift that taught me to slow down, and have balance and gratitude in my life.”

Bonnie, a West Palm Beach, FL., resident, describes herself as a positive person who prefers to focus on helping others. She returned to the NIH this summer, 15 years after her first visit, and for the second time, had brain surgery for a malignant tumor.

“Location, location, location” is how Bonnie described the challenge her surgeons faced. “Her tumor, called a meningioma, was right in the middle of her brain, in the lining between the two hemispheres,” explained neurosurgeon Dr. Kareen Zaghloul. “It was precarious because her tumor was against and involving the saggital sinus vein so we had to be careful we didn’t cause bleeding or damage it.”

In 2004, before the first tumor, Bonnie had bad headaches followed by seizures.
“I thought it was just stress, dealing with life, work, and being a woman,” she says. “My head would feel like it was boiling.” Bonnie didn’t veer from routines at that time because it was too hard to concentrate on new things. “I knew something was wrong, ” she said.

Bonnie grew up north of New York City, describing herself as “the girl next door.” She moved to Florida in her 20’s, and became a health educator and independent insurance broker, working with seniors, veterans and the homeless. Her ex-husband died of cancer. And then she became ill.

After the first tumor was removed, Bonnie was told it could return within five years. She’s convinced that a healthy lifestyle, positive thinking and coaching others with cancer gave her an extra ten years of being cancer-free.

This time around, Bonnie needed support to cover her post-operative bills at home when she couldn’t work. She was referred to Friends at NIH who helped cover her rent for a month which gave her time to begin daily radiation and her recovery. 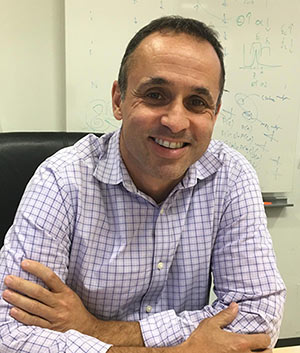 “You helped save my life. It might not be a lot to some people, but to me it is my whole world. I’m so appreciative. I know the Friends at NIH is real,” she added.

Bonnie’s hope is cancer is behind her for good. Dr. Zaghloul says with the radiation treatment, he’s hopeful that Bonnie’s tumor won’t return for a good long time, and should it return, that hopefully it would be slow growing.

Bonnie serves on the Patient Advisory Committee at the NIH.