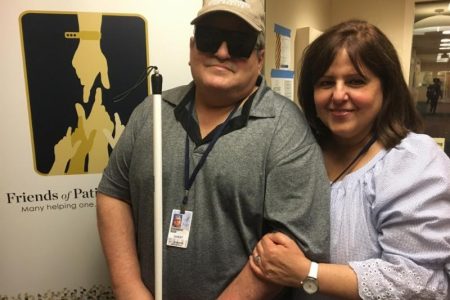 Eduardo, 59, a successful vegetable producer lost his business and home in Texas due to a rare eye disorder that causes the muscles around his eyes to spasm and his eyes to close involuntarily. The disorder has left him functionally blind. The unusual disease, blepharospasm, initially attacked him without warning when he was driving with […]

By submitting this form, you are consenting to receive marketing emails from: Friends of Patients at the NIH, P.O. Box 34139, Bethesda, MD, 20827, http://www.friendsatnih.org. You can revoke your consent to receive emails at any time by using the Unsubscribe link, found at the bottom of every email.

The Friends of Patients at the NIH